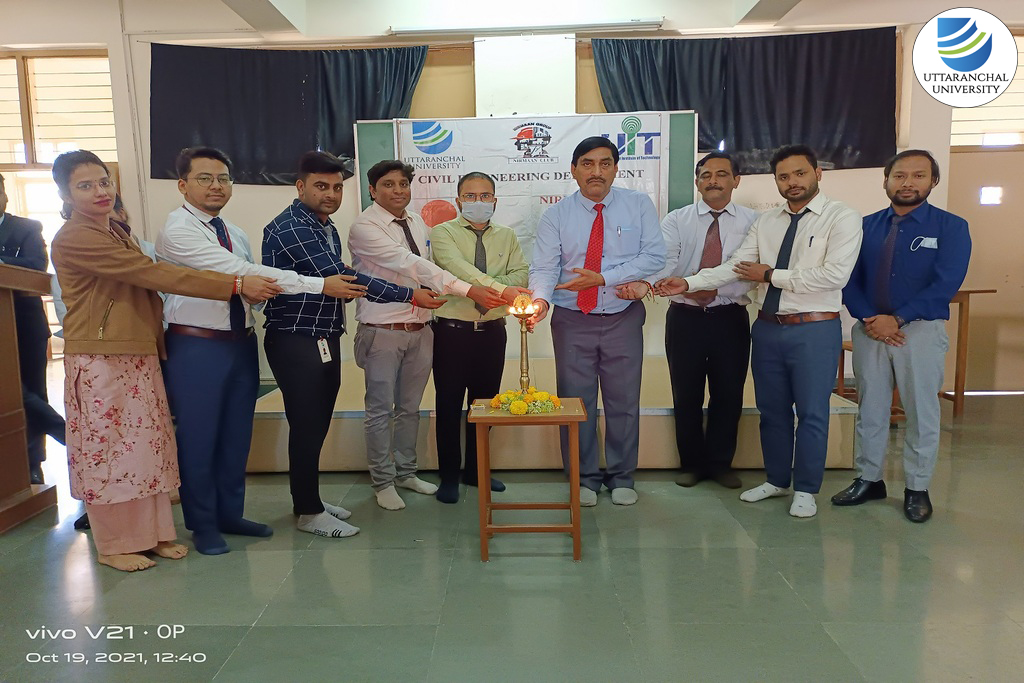 Debate is one of the academic’s activities that give students creative room to express what they feel. Besides a Talent Show, an event which gives a platform to students to represent their talents in any field. It not only helps the participating students to show their abilities but also motivates other students, to come up front and show their hidden potential.

By this thought Nirmaan Club successfully conducted two events (open mic debate & 3 minutes to fame), which were attended by 50 participants and the event were held on 19th October 2021, Venue- Civil Engineering Department.

All the members and co-ordinators had put in great efforts to make this event a success. The event was attended by all faculty members of civil engineering department, along with the respective HODs of other departments as well Chief Guest for the Occasion was Dr S. D. Pandey (DEAN – UIT) – who graced the occasion with the lighting of the lamp of knowledge and learning, followed by a speech which seemed to be highly motivating and encouraging.

The event kicked off at 12: 30 pm with participants showcasing their talent in the non – technical event, and indeed it was a treat to watch them all present their unique performances–which were judged by the faculty member of civil engineering department. At 1:30 pm, the technical was initiated and the participants were successful to quite some extend in presenting their views on the topics given to them (either for or against the motion) on the spot –which were predetermined by the co-ordinators themselves.

Like the previous event this event also judge by the concerned faculty members and results were announced by Mr. Ashish Pathani -faculty co-ordinator of “Nirman Club”, he also congratulated all the participants for mustering the courage to come forward and put up the performances – thus taking positive step ahead towards conquering stage fear (which is a common problem in today’s date).

The winners were given certificate and their photographs were with the club members. The programme wound up by 3:30pm when all the participant were asked to disperse, after the faculty members departed, the programme was a good learning experience in its own right for all the fresher’s who were inducted recently (in the club), as well as for the senior members and it was proposed that events alike should be organised more often in the near future.