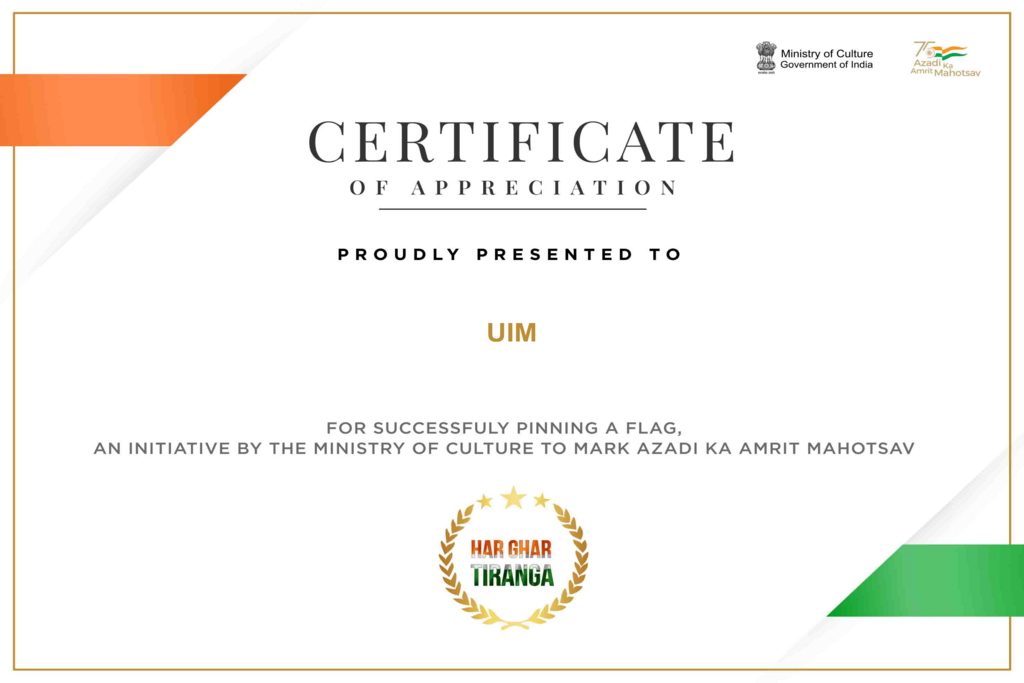 ‘Har Ghar Tiranga’ is a campaign under the aegis of Azadi Ka Amrit Mahotsav to encourage people to bring the Tiranga home and to hoist it to mark the 75th year of India’s independence. The main goal of the Har Ghar Tiranga Campaign was to help people develop a personal connection to their country’s flag, the Tricolor. It is crucial to have a strong sense of patriotism and emotional attachment to anything national. As a result, the Government of India began the Har Ghar Tiranga Campaign, from 13 August to 15 August 2022, and gave every Indian the opportunity to hoist the National Flag. 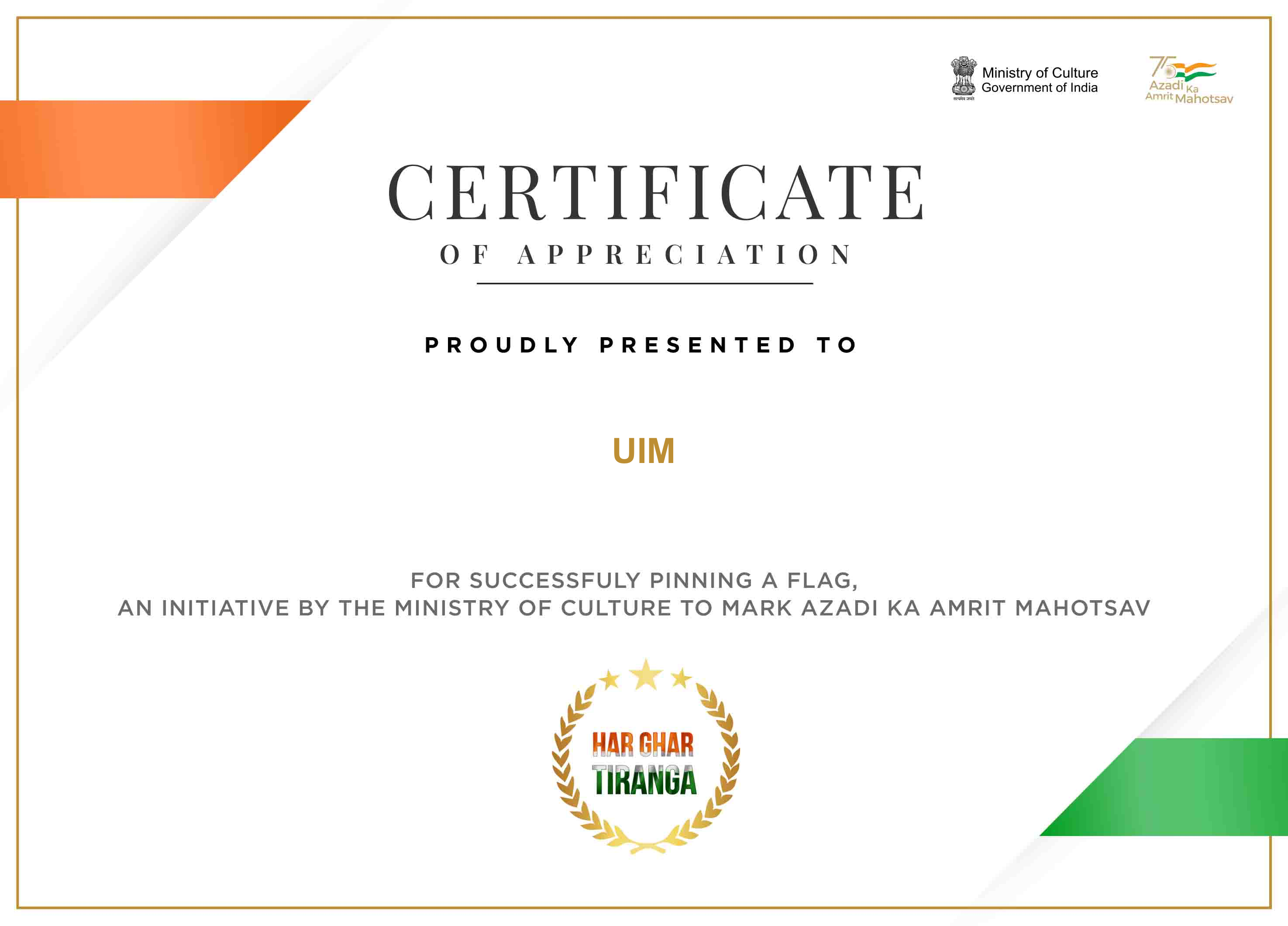 All the students of various programs in UIM have participated in this campaign and uploaded selfies with Tiranga on the portal harghartiranga.com. The students pinned a flag virtually or uploaded a selfie with the flag on the Har Ghar Tiranga Campaign in the portal. The participants received certificates that demonstrate their love for the nation. The feeling of nationalism has been inculcated in the students. All the members of the faculty, UIM also celebrated the Har Ghar Tiranga Campaign by raising the Tricolor across the University. The patriotic fervor and zest were visible in the air.