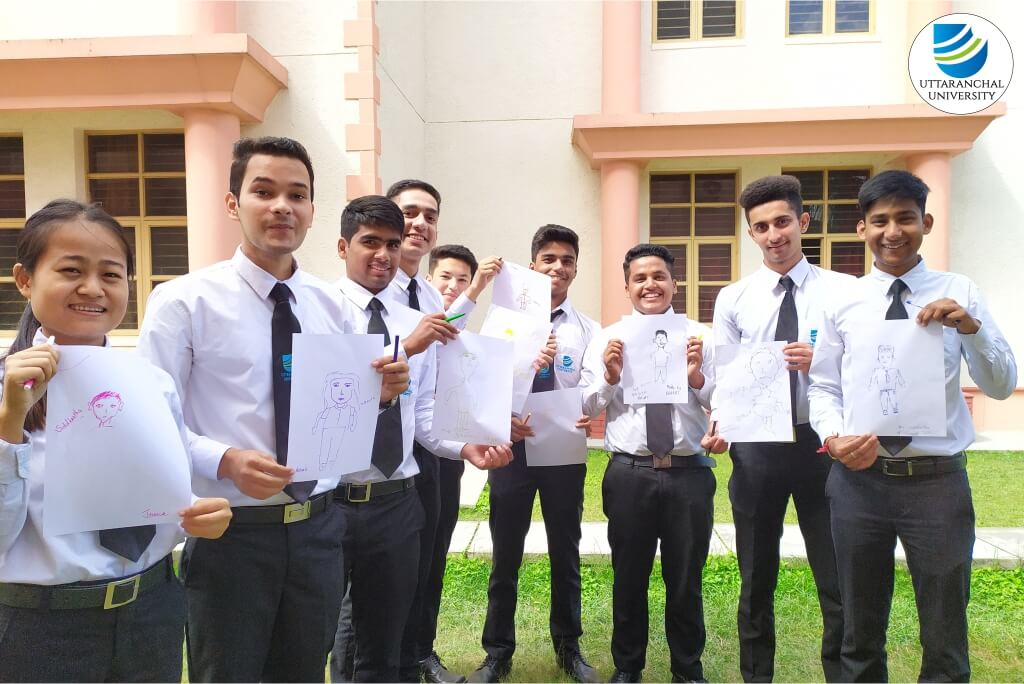 Activities aimed towards team building challenges students to achieve targets and solve problems working with others. Team activities allow students to develop stronger relationships and trust among each other. Certain activities can be designed to improve communication and limit conflict in a group.

The students actively participated in the following activities:

‘Balance the Balance’ in which the students had to balance their body weight onto each other sitting on the chair which was taken off once everyone achieved balance.

The students not only enjoyed the game but also learnt co-ordination.

The second game played was ‘Pyramid’ in which the students had to make pyramid of paper cups on to which designation of hotel staffs were written which they had to put in sequence.

Third game played was named ‘Draw on the back’, students had to draw face of their fellow students standing in front moving in a circle. This fun game turned into great amusement for the students.

‘Helium BAR’ was next to follow in which students had to balance bar on to their Index /Pointer Finger working in a team they had to compete in a race.

Mr. Manish Badoni, HOD– DEPARTMENT OF HOTEL MANAGEMENT , concluded the event stating that, “Teamwork is the ability to work together toward a common vision.”