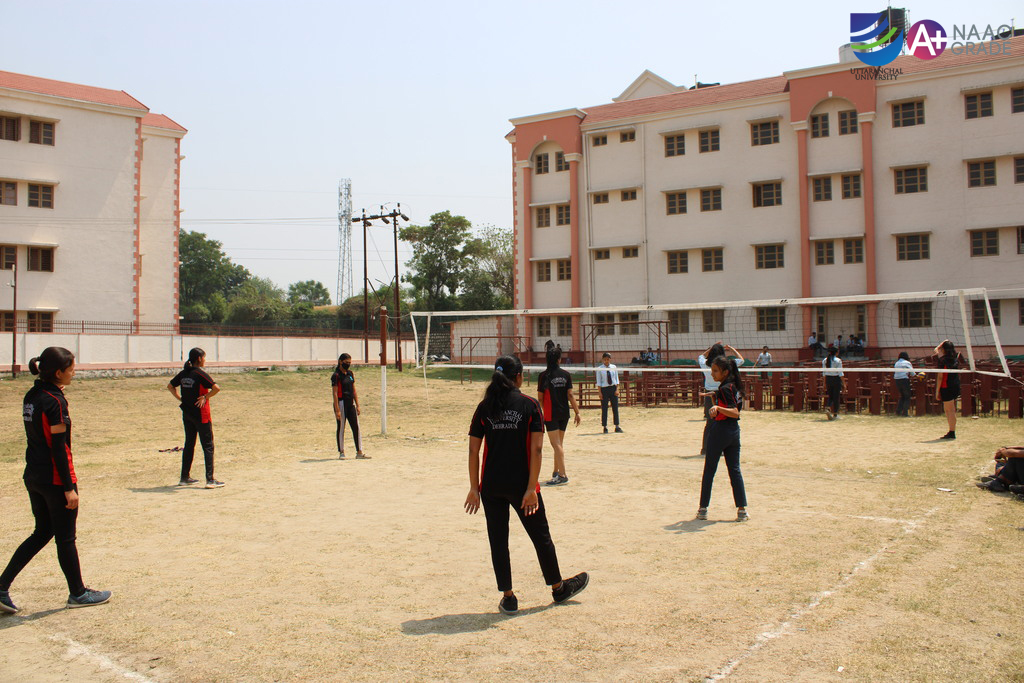 Sports Club of Uttaranchal Institute of Management, Uttaranchal University organizes the sport meet from 7 April- 9 April 2022 to commemorate World Health Day. Professor (Dr) Pradeep Suri, Dean of UIM, opened the event with Dr Megha Aggarwal, HoD – Management, Dr Sonal Sharma, HoD, IT, Mr Manish Badoni, HoD, HM and Mr Abhishek Kumar Pathak, DIQAC, UIM The students of all programs participated with great zeal and excitement in a wide range of sports events which included Cricket, Volleyball, Badminton, Table Tennis, Carom and Chess. In cricket, eight teams have participated. A large number of students took part in different sports activities. Prof (Dr) Pradeep Suri, Dean UIM, graced the Grand Finale of UIM Sports Meet on 9 April 2022 with his address note. He emphasized that each student should play at least one game which may help the students to utilise their immense energy constructively. The activities for the day began under his direction. In both the boys’ and girls’ categories, matches were played on a knockout basis. Each player showed grit & sporting spirit and competed ferociously to deliver the best performance.

The Finals of Cricket Match was played between BBA III Year and BBA I Year on 9 April 2022. In which BBA I Year was the winner and Mr Aftab, BBA I declared player of the match for his outstanding performance. The Final Match of Table tennis was won by Mr Sachin Panwar of BBA III Year and the runner-up position was achieved by the Mr Rohit Singh of BCA 1st Year.

The Winner of Badminton in Boys’ Category was Mr Rohit Kumar MCA I Year and Runner-up was Mr Adarsh Kapoor BBA I Year. The Winner in Girls’ Category Singles was Ms Mudita BBA I year and Runner-up was Ms Kritika Sharma BSc IT II Year. In Doubles, Winners were Ms Komal Rawat & Ms Kirti Kalra B Com (H) II Year and runner up were Ms Kritika Sharma & Ms Saloni Pawar BSc IT II Year. Another thrilling event was carom, in which Mr Pushpendra Panwar BCA I Year was the winner and Mr Abhishek Bhatt BCA I Year was the runner-up.

The Final Match of Volleyball in the Girls ‘category was won by Team “B” BBA I year under the captaincy of Ms Tanuja Dhanari BBA I Year, team “A” BBA II Year was the runner up.

The captains and all participants appreciated the efforts of UIM to encourage the students to take part in sports and focus on their overall (physical and mental) development.