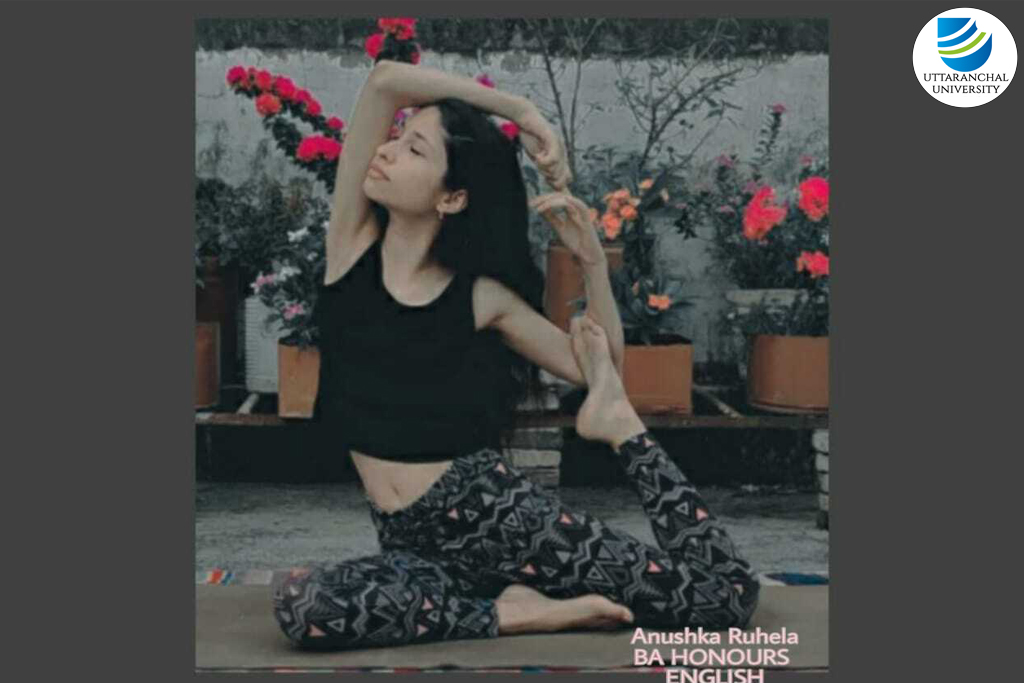 Yoga is a 5,000 years old tradition that originated in India.It helps in the combination of physical, mental and spiritual pursuits to achieve harmony of the body and mind. The December 11th of 2014 holds a special position in the hearts of the Indians. The United Nations General Assembly declared 21st June as the International Day of Yoga.

The declaration came at the behest of the Hon’ble Prime Minister of India Shri Narendra Modi during his address to UN General Assembly on September 27, 2014 wherein he stated: “Yoga is an invaluable gift of India’s ancient tradition. It embodies unity of mind and body; thought and action; restraint and fulfilment; harmony between man and nature; a holistic approach to health and well-being. It is not about exercise but to discover the sense of oneness with yourself, the world and the nature.”

On 21st June, 2021, School of Liberal Arts celebrated “International Yoga Day”. Despite the pandemic crisis, the event was successfully organized virtually and students ensured a keen participation. The students practiced Yoga and mailed their photographs depicting varied postures of Yogaasanas. The students who took initiative and sent their photographs included Sulekha, Khushboo and Richa Pandey, from B.A. (I Year), who displayed Chakrasana &Vrikshasana, Vajrasana and Sukhasana respectively; Anushka Ruhela, from B.A. (Hons.) English (I Year) who displayed Ushta Asana & Rajakapotasana.

The event was all about creating a spiritual connection, comprehending holistic benefits of yoga, knowing the ways to cure physical & mental ailments and gaining peace through meditation & self-introspection.